Barangay Ambassador is located to the north of Baguio City, and it takes 1.5 hours by car to get there from Baguio. The population is about 500 and there are about 130 households. The elevation is 700-1,500 meters. Most of the residents belong to Ibaloi tribe, and make a living from farming and gold panning. Deforestation over years has caused consistent shortage of water. Furthermore, steep terrain and poor soil condition make farming very difficult in Ambassador.

In Ambassador, one house was totally washed away and 16 houses were partially destroyed by landslide caused by the strong typhoon Pepeng in October, 2009. The area where 51 houses are located was designated as a hazardous area. The families whose houses were destroyed or located in the hazardous area were advised to move to a resettlement area within the community. Construction of new houses is supported by NGOs and government agencies, and the project is still ongoing. Right after the landslide, CGN distributed vegetable seeds and agricultural hoses to the victims as an emergency relief aid.

After the relief program terminated, in order to give continuous support to the community, CGN launched an agroforestry coffee cultivation project as a partner of WE 21 Japan (Kanagawa Prefecture) in 2010. This project was funded by the Kanagawa People to People Cooperation Fund. Coffee Agroforestry Project

In the project, coffee trees were planted among other trees such as Alnus and Calliandra. Alnus and Calliandra grow faster than coffee and give moderate amount of shade to the coffee. They also fix nitrogen in the ground and enrich the soil. CGN also helped plant bamboos in the landslide-affected areas and watershed. These efforts will help prevent soil erosion and protect watershed. Now the coffee beans from Ambassador are exported to fair trade shops in Japan. 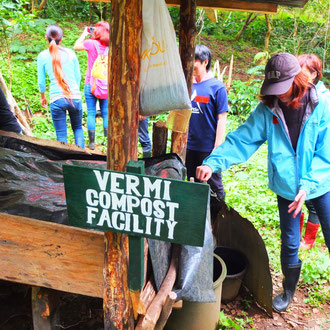 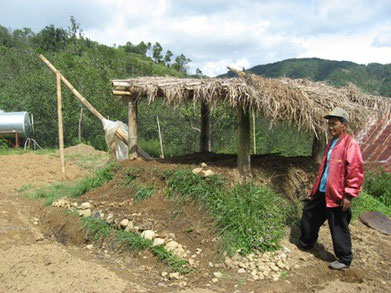 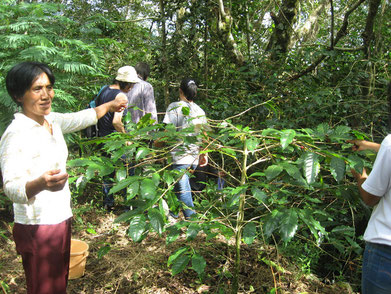 More than ten years have passes since the disaster. The people in Ambassador are motivated to stop using them and shift to organic farming to gain fair income without destroying the environment. CGN established a wood vinegar (mokusaku) collecting facility, using locally available materials, in its model farm in the community. CGN also conducted seminars/workshops on organic farming techniques, such as making compost, Bokashi (quick-acting organic fertilizer), and vermi compost. In November, 2011, the farmers established the Coroz Organic Growers Association(COGA) and started selling their organic products.

The project site has been expanded to various sitios in Barangay Ambassador.CGN  implemented a reforestation project as a counterpart of KEEP (Yamanashi, Japan) in 2014. Sitio Mamuyod was seriously affected by a landslide caused by the typhoon in 2009. Although the entire community was designated as the dangerous area, the residents decided to protect the community by planting trees in the soil erosion area through the project. They also started growing Arabica coffee, using an agroforestry method.  In 2014, 26,000 trees (9,000 coffee trees) were planted.

CGN also conducts environmental education workshops for children in an elementary school and a nursery to raise awareness of environmental preservation. In 2016, to tackle the problem of water shortage, CGN installed a water pumping system with a help of WE 21 Japan.

With the continued support of WE21 Japan, CGN continues to plant and teach coffee cultivation in the Ambassador Barangay. Despite some unfortunate incidents, such as several wildfires that destroyed coffee trees during the harvest season, the villagers have persevered. 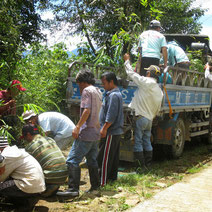 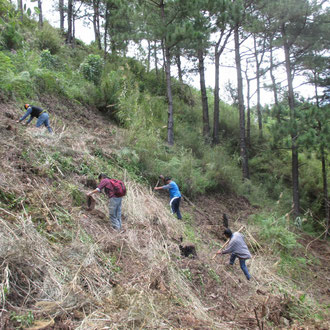 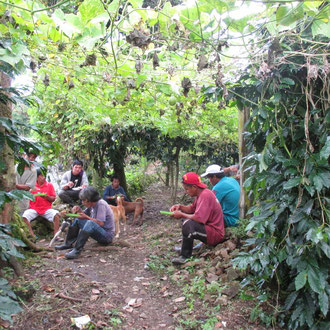 Funded by the AEON Environmental Foundation, CGN launched a reforestation and watershed rehabilitation project in Ambongdolan, Tublay in April, 2014. In the project, native trees were planted on a communal land and agroforestry coffee cultivation was introduced to prevent further deforestation.

As shortage of water is considered a serious threat to the community, not only the residents, but also local government units and volunteers from outside joined the planting activities. During the three-year project, total 69,500 trees were planted, of which 27,000 were Arabica coffee seedlings. Nursery establishment and environmental workshops in elementary and high schools were also incorporated in the project.

"Ambongdolan" means a place where a rainbow appears. There are beautiful rice terraces and natural caves. 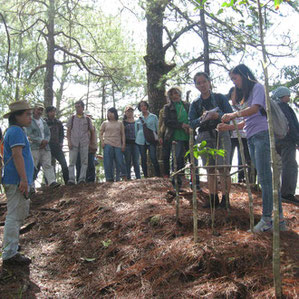 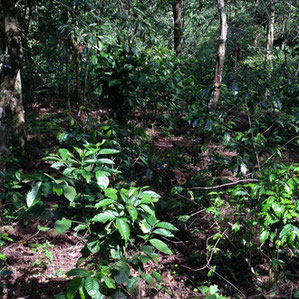 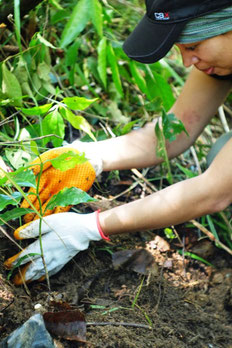 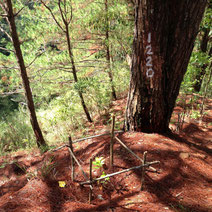 For three years in 2016 or 2019,CGN worked with JICA Yokohama and WE21 Japan to implement projects aimed at strengthening the organization and improving quality in Tublay. WE21, which organizes 56 reuse, recycle and charity shops, used its experience to teach coffee farmers how to strengthen their organizations so that the coffee beans harvested in the future can improve the livelihoods of residents and alleviate poverty.

The project also provided the necessary human resource development and processing equipment to improve quality in the organization.

The project also conducted an exchange program between coffee farmers in the mountainous regions, emphasizing the importance of networking among organizations.

Representatives of the organization also participated in training with coffee farmers in Sumatra, Indonesia, as well as training in Kanagawa Prefecture, where WE21 Japan is based, to learn coffee marketing.

Ending of the long term project

WE21's support for the Ambassador Barangay ended in March 2020. After years of trial and error, agroforestry coffee farming has finally become a viable source of income for the residents.At the end of the long-term project, a warehouse to store the harvest, a working space was built, and a nursery was established for the farmers to continue growing coffee through self-help.

Ferry, who has led the project for more than 10 years, has become widely known as one of Benguet's leading coffee and organic farmers. She is frequently invited to conferences in other parts of the Philippines to share her experience in Ambassador Barangay.

Once the project is complete, it is hoped that coffee producers will continue to connect with consumers through fair trade.